How to Prevent Food Waste

Throwing out food is something we all do on a regular basis- whether at home, at a restaurant, or at a wedding- it seems to follow us wherever we go. Over the past several years, food waste has gained newfound attention as researchers, environmentalists, social justice workers, and others have discovered and exposed the great quantity and severity of the matter.

The Problem with Food Waste

While masked to the eye, food is wasted throughout the world at various industrial, commercial, and consumer levels.

In fact, food is wasted at every stage of the supply chain: at the farm, in transport, at storage and processing facilities, at the supermarket, and at the final consumer- before and after preparation.

According to the USDA, between 30%-40% of food in the American supply chain is discarded annually. And while much of this happens at the farm and supermarket, approximately 40% of food waste takes place at home.

According to the Natural Resource Defense Council, about two-thirds of all household waste in the UK is due to food spoilage. Food waste is problematic for several environmental, economic, and social reasons.

Environmental: When food rots in a landfill it releases methane, a greenhouse gas that contributes to climate change through the greenhouse effect. Methane has over 28 times the heat-trapping properties of Co2 making it a particularly dangerous gas. When food is improperly discarded, it releases these gases, thus exacerbating the global climate crisis.

Furthermore, conventional agriculture is a very resource-intensive industry that uses enormous quantities of water, land, and energy. When we dispose food, we also waste all the resources that it took to grow that food.

Social: According to the non-profit Feeding America, approximately 108 billion pounds of food or 130 billion meals are discarded every year. Coupled with the fact that nearly 40 million Americans and 12 million children are food insecure, it is clear that food waste and food insecurity has become a devastating paradoxical crisis that begs reconciliation.

Economic: At a national scale, food losses waste about $400 billion annually in the United States. At a consumer level, studies suggest that families are wasting approximately $1,300 – $2,500 annually. Furthermore, the environmental effects of food waste are incredibly costly both in real time and regarding future hazards. In fact, economists have estimated that including the environmental cost, global food waste costs about $3 trillion annually.

There are many ways to reduce food waste, whether at agricultural, commercial, or consumer stages.

One significant reason that food is discarded at early stages is because they don’t meet retailer’s aesthetics standards- meaning produce may have a shape, size, or color that differs slightly from the norm. Buying produce from an organic farm is one way to combat this issue as organic farms will sell slightly abnormal looking fruits and vegetables- as opposed to discarding them.

Getting involved in urban farming is another way to help combat food waste, as local farms and small farms, like organic suppliers- do not tend to discard abnormal produce so quickly (or at all).

Vertical farms also tend to grow and sell crops in a way that minimizes waste. Vertical farming systems use controlled-environment agriculture, which provides crops with the precise inputs to grow into aesthetically pleasing, delicious, nutrient-dense vegetables that consumers are eager to buy. Vertical farm software also ensures that crops are harvested at peak ripeness, enhancing their shelf-life. Lastly, because vertical farms are often located near the supermarket, food does not spoil easily further preventing food waste.

Improving sell-by dates is another way that food waste can be prevented. Many sell-by dates and expiration dates on food items are arbitrary as there is little regulation surrounding the practice. This leads hundreds of thousands of pounds of perfectly edible foods to be discarded daily.

A number of countries have decided to combat food waste via federal regulation. France was one of the first countries to prohibit major retailers and restaurant chains from discarding food waste. The country urges companies to donate food or to discard it in a waste-to-energy facility, often known as anerobic digestion. Companies can also choose to compost food scraps as well, which is a process that converts food waste into nutrient-rich soil, which can be recycled back into the earth.

Plan meals at the beginning of the week Always have stock of foods in your fridge/search the back of your fridge when deciding what to make for meals.

Grow your own produce when possible.

Request that your local supermarket reconsider its aesthetic qualifications, or offer to buy unconventional looking produce at a discount.

Share leftovers with guests and/or freeze leftovers, and aim to be practical and precise with quantities. 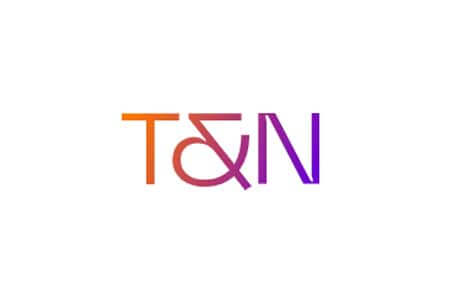