What is Urban Farming?

Whether through community gardens, rooftop farming, or vertical farming, urban agriculture is changing the modern cityscape and bridging the divide between city and nature.

What is Urban Farming?

Urban farming is the practice of growing fresh produce within the city for individual, communal, or commercial purposes.  Urban farming often makes use of vacant lots, rooftops, and abandoned or repurposed indoor spaces to grow crops, such as fruits and vegetables. These spaces can be located on top of or near residential buildings, schools, institutions (such as hospitals, nursing homes, and universities) or commercial spaces, such as supermarkets, restaurants, and marketplaces.

As more and more people live in cities, and thus farther away from their food sources, urban farming seeks to bring produce closer to the consumer for economic, environmental, and social reasons. 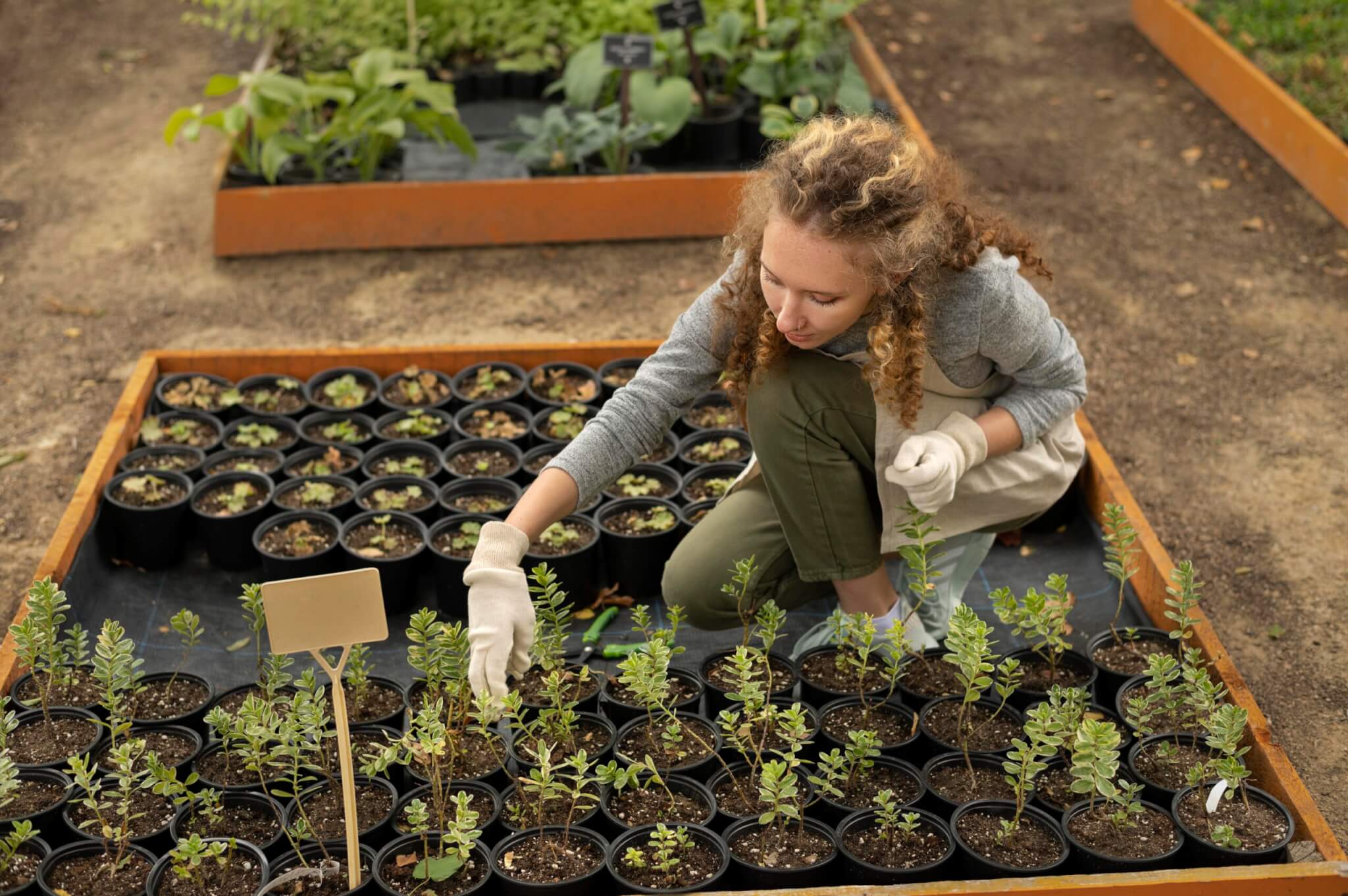 Historically, the local farming movement developed during World War II when millions of Americans planted “victory gardens” in their backyard as a means of producing supplementary supplies of fruits and vegetables. These gardens were able to produce approximately 40% of nationally grown crops. After the war, the culture of growing food in the city and suburbs declined and was replaced by large industrial mono-crop farms that developed in the rural countryside.

Over the past decade the urban farming movement has had a renaissance. As community leaders, urban planners, and social and environmental justice advocates noticed that many urban regions lacked both green spaces and fresh food, urban gardens flourished as a solution that can engage the community, add greenery to the cityscape, and produce healthy, affordable, and local vegetables.

Depending on the goal, urban farming comes in various shapes and sizes, which tend to fit into three general categories: community gardens, rooftop farms, and indoor vertical farms.

Community gardens, which are often located on vacant urban lots, are great tools for increasing social capital in a neighborhood. These are small to medium-size plots of land that are open to the community. Community gardens enable neighbors to grow their own produce on a small, allotted patches of a garden or for collective use on a shared plot. Communal workdays, where seedlings and tools are provided bring people together oftentimes with local experts who advise on farming techniques.

Rooftop farms are another form of urban agriculture, whereby a building makes use of its rooftop to grow crops. These buildings range from residential to commercial buildings and can even include skyscrapers. Rooftops are often used as garden space for recreational use- on top of residential buildings for example; educational use- on top of schools or community centers; and even commercial- whereby the farm sits on top of a supermarket for example.

Vertical Farming is another method of growing produce in the city, as it is very spatially efficient. Vertical farming uses either hydroponic, aeroponic, or geoponic techniques to grow crops using vertical height and/or stacked layers. Vertical farms are usually placed indoors or inside of a greenhouse, and use controlled-environment agriculture, which involved artificial lighting, climate-control technology, and other automated and controlled agricultural inputs that are often monitored remotely. Vertical farms typically use empty pre-existing buildings such as piers, or repurposed shipping containers to grow produce inside the city or on the outskirts of a city.

There are numerous social, environmental, and economic benefits that urban agriculture provides including:

Social Capital: urban farms, specifically in the form of community gardens can bring neighbors together in a meaningful way that many other shared spaces cannot do. When members of a community unite in a shared experience, especially as they learn new skills and rejoice together during harvest, it brings the neighborhood to life and forges new and deeper connections that strengthen the community.

Education: Many urban farms have an educational component that teach the theory and practice behind various agricultural techniques; environmental education, such as the importance of pollinators and biodiversity; environmental innovation; nutrition, and even act as an education center for non-related workshops and activities as well.

Healthy Hobby: urban farms offer communities a new hobby that increases both physical and emotional health. Gardening involves various movements- large and small- that can engage people of all ages. It also offers urban dwellers an opportunity to interact with healthy foods such as fruits and vegetables, which often provides new incentive to eating such foods. Furthermore, research shows that working with soil improves mood and brain function as micro bacteria in the soil can increase serotonin.

Food Autonomy &  Food Security: As impediments in the supply chain threaten the consistent flow of goods, food autonomy ensures that communities have ownership over their food supply. Food security refers to the reliability of affordable and accessible produce throughout the year. Urban agriculture alleviates both of these problems as produce is grown close to the consumer with minimal intermediaries. Research from the University of Sussex has found that on average urban agriculture can provide approximately 1 kg per square meter, which is on average for small-scale farmers. Participants in the study grew the produce in their backyard, porches, or rooftops.

Biodiversity: urban farming increases biodiversity in the city by providing space for various plant varieties and also a habitat and sustenance for important species such as pollinators. According to the University of Sussex study, respondents recorded approximately 2,000 different pollinators that were found as a result of urban gardens. This biodiversity is an important part of our ecological network and is also beneficial to connecting humans to the natural world and increasing wellness as proximity to nature has been found to increase overall wellbeing.

Environmental benefits: urban gardens can also purify the air; absorb co2 emissions; and curb the urban heat island effect, which is when the cement and other constructed materials trap the heat in a city. Gardens placed throughout a city absorb the heat and cool it down. Green roofs, for example, have been found to reduce urban heat by up to 5°F (EPA). Furthermore, urban gardens and farms can also retain precipitation thereby preventing flooding and minimizing the amount of stormwater that runs off into nearby waterways.

The urban farming revolution has changed the cityscape of metropolitan areas throughout the world. Whether in North America, South America, Africa, or Asia- communities and companies have been developing creative ways to bring farming to the city. Urban agriculture provides fresh, local food, and bridges a new relationship between the city and the environment. Furthermore, when city-dwellers interact with agriculture, they gain a newfound appreciation for food, farming, and the natural world.

Urban farming can be developed either indoors or outdoors, and often makes use of under-utilized spaces such as abandoned warehouses, empty lots, communal gardens, and rooftops. Indoor urban farming typically uses controlled-environment agriculture, which are technological features that replicate ideal farming conditions so that produce can grow efficiently.

Urban farming is the practice of growing agricultural produce, such as fruits and vegetables, inside of a city. Urban farms use various methods to grow crops, such as container gardening, hydroponic systems, and controlled-environment agriculture. The advantages of urban farming include: access to local produce, interaction with farming and food systems, education, food security, and much more.

Urban farms, such as community gardens, strengthen social capital, bringing neighbors together; offering a space for education; fostering a relationship to fresh produce; and beautifying the neighborhood. 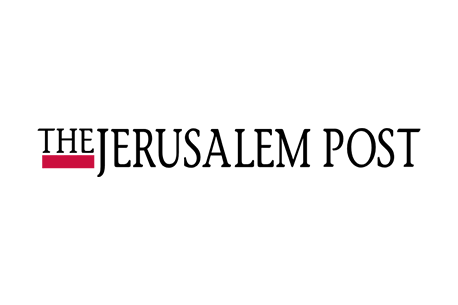 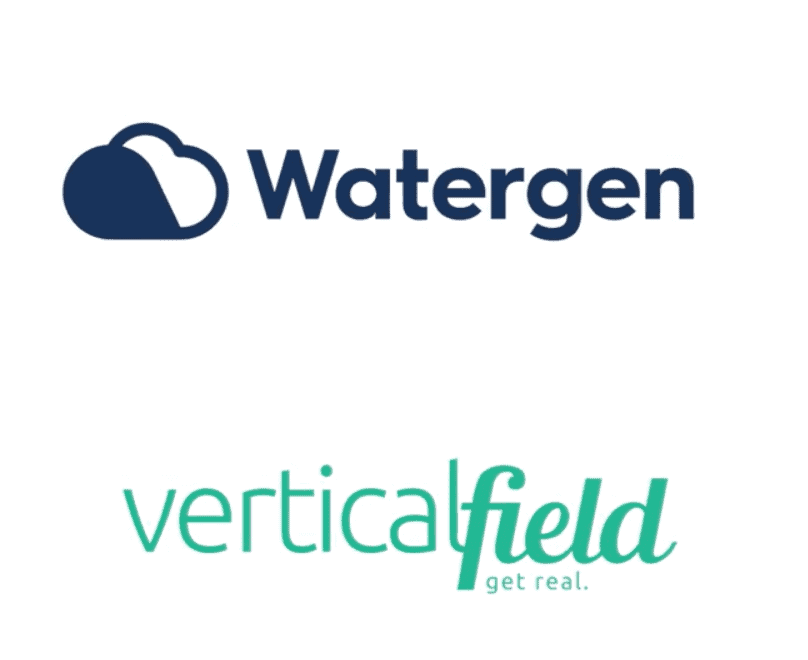